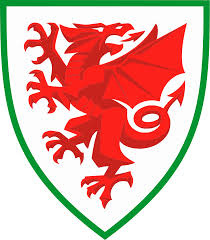 Between March and September 2021, the Football Association of Wales commissioned an independent organisational review entitled ‘A Sustainable Association for the Future.’

The decisions of the Shareholders and Board is incredibly important as the governance changes that will now take place will be essential to the delivery of Our Wales – The FAW’s 2021-2026 Strategic Plan for Welsh Football.

Dr Carol Bell, who chaired the ‘A Sustainable Association for the Future’ Steering Group, said: “The FAW needs an organisational structure that is ‘fit for purpose’, takes its responsibilities for leading the game seriously and one that has the right governance framework in situ underpinned by robust structures, policies, procedures, systems and processes.

“We will not achieve this overnight, but it is critical that we begin the journey together to modernise and transform every aspect of our association to comply with the current policies of FIFA, UEFA, Welsh Government and Sport Wales.”

The FAW will align itself and its stakeholders behind six guiding principles:

The 80 recommendations passed by the Shareholders and ratified by the Board have provided a blueprint for change.

These changes will deliver:

Noel Mooney, Chief Executive of the FAW said: “The FAW is at the start of an exciting journey that will see us become a thought leader in world football. To achieve this, we need to have all of our objectives, structures, processes & governance aligned. The approval by Shareholders & Board of these recommendations empower us to reach our full potential.”

Steve Williams, FAW President added: “Together Stronger means all of Welsh football. We have now agreed the fundamental re-structuring and modernisation required. Following the decisions taken this week, we can now move forward in implementing these changes. I’m excited to move the association forward into the future with the knowledge that we will be in the best shape possible for promoting, developing and leading the game of football in Wales.”

 PAWB - Everyone The Football Association of Wales is pleased to announce its Pawb - Everyone Equality, Diversity & Inclusion Strategy for 2021 to 2026, which sets out its ambition to make football for everyone, everywhere in Wales.