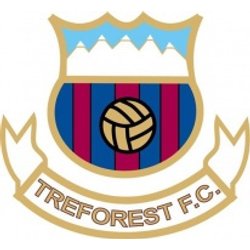 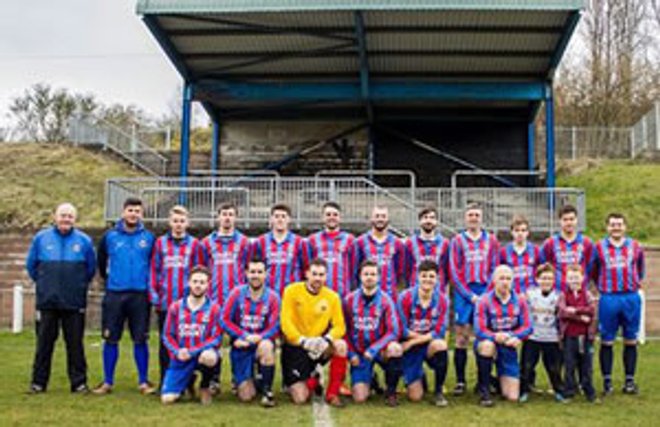 Treforest FC is a progressive, community based, football club located on the outskirts of the old market town of Pontypridd. Home matches are played at the “White Tips” Stadium where the impressive modern clubhouse, and supporting infrastructure is the envy of the majority of football clubs in South Wales.

However, it wasn't always the case. Treforest Football Club started life in the very early 1920s as Treforest Red Rovers, and has been in continuous existence ever since. Like most other teams at this time the facilities available to the “Rovers” were barely adequate. Nevertheless they got by, and eventually Treforest Red Rovers became Park Rovers.

The middle of the 1930’s saw the emergence of another local team “Park Guild”. From that day a very healthy rivalry ensued between the “Rovers” and the “Guild”.

Following the Second World War both teams acquired their own clubhouses. On the playing side they were served by pitches affectionately known as the “Top Tips” and the “Bottom Tips”; both of which had been grafted out of the old iron ore slag tip left behind after the demise of the Crawshay Iron Works formerly situated on the site.

Unfortunately, by the mid 1970s both club premises were in a state of disrepair and a council owned and totally inadequate facility on the site of the “Rovers” Clubhouse replaced them in 1979.

In 1986 a “focusing of minds” resulted in the merger of the “Rovers” and the “Guild”, with the express desire to build an appropriate infrastructure within which local soccer could flourish and grow. The new club took the name ‘Treforest Football Club’.

The following year, with the club’s objectives clearly set out in a constitution drawn up by lawyer Lord Gwilym Preece-Davies, sufficient funding was agreed with the Taff-Ely Borough Council and Bass Brewers to commence Phase 1 of the club’s infrastructure development.

The new premises were opened on 20th April 1989 and consisted of a clubhouse, lounge area and changing rooms. Phase 2 was completed in July 1993. This brought Treforest Football Club its present clubhouse and changing room infrastructure. In January 1996 work commenced on Phase 3 of the business plan, which completed the external facilities to provide floodlights, a stand and car parking.

It has been a hard slog, many obstacles have been overcome, and many petty jealousies encountered. Fortunately our reserve has been stoic, and we have developed facilities to be proud of.

One of the defining moments in the history of Treforest Football Club however came in June 1997 when Phillip Rees QC, Chairman of an arbitration tribunal stated that the arbitration panel voted unanimously in favour of the club’s bid to become full members of the Football Association of Wales. His closing statement reads

“The efforts, achievements and example of Treforest should be considered to ride in tandem as one of the finest examples of the way ahead. Treforest’s case for full membership could not in our views be stronger. Their admission to full membership would enable them to have a most constructive influence on the successful development of association football in Wales.” As a result Treforest FC became full members of the FAW in the August of that year.

After finishing in the runners-up spot behind Rhoose at the end of the 2012-13 campaign, Treforest were the pace setters for much of the 2013-14 season. However, a slump in form in the closing weeks eventually saw them finish fifth. Another fifth place finish in the South Wales Amateur League at the end of the 2014-15 season saw the club secure a place in the Premier Division of the South Wales Alliance League.

In recent years the club has found success somewhat harder to come by and last season they only just escaped relegation to the Second Division.