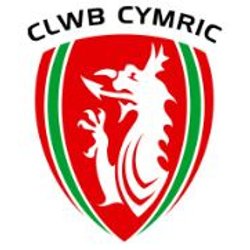 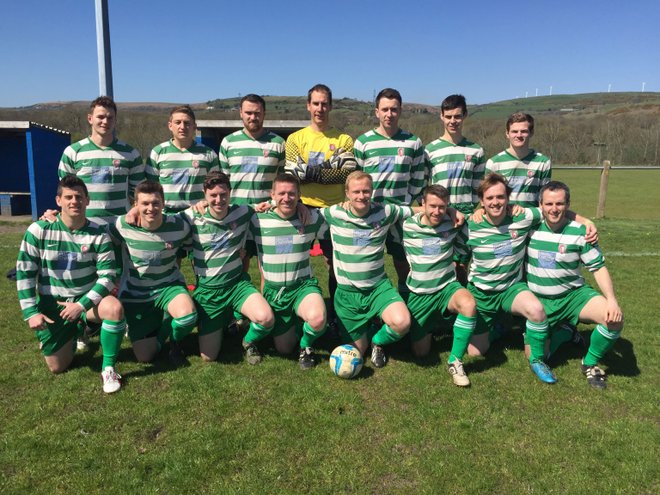 Clwb Cyric was formed in 1969 by a group of friends, who were regulars at the New Ely pub in the Cathays area of Cardiff, with the aim of playing football and socialising through the medium of Welsh. For the best part of the next forty years the club, like many other local sides was content to play for recreation. However, there was always plenty of interest and enthusiasm for the venture and as the years went by Clwb Cymric established themselves in the Premier Division of the Cardiff & District League.

The first signs of a change came during the 2005-06 season. A new management team of Carl Roberts and Rhodri Charles introduced a large influx of new players into the first team squad. This move certainly paid dividends as the club won the league for the first time in its history and also succeeded in capturing the City Supporters Cup.

It took a couple of years for the club to build on these achievements. However, when the league and the South Wales Intermediate Cup were won in the 2009-10 season, the decision was made to leave Pontcanna Fields and ground-share with Caerau Ely FC at their Cwrt-yr-Ala ground. These achievements were replicated off the field as the work of goalkeeper and secretary Rhys Meilir Davies ensured the adoption of a more professional approach.

The 2010-11 season was widely tipped to be one of further success. This appeared to be borne out by the fact that Clwb Cymric won their first twelve games of the campaign. However, a dramatic collapse in the second half of the season resulted in the team finishing in the runners-up spot.

Despite this setback the playing squad stayed loyal and the appointment of a new coaching team of Dan Rogers and Stewart Williams added defensive organisation to the side. The league title was once again secured as the team only dropped four points all season. This success took Cymric into the end of season play-offs where 4-1 and 2-1 victories against AFC Abercynon and Cornelly United saw the club secure their place in the South Wales Amateur League.

Off the pitch the committee continue to work hard to ensure the club progresses further. However, traditionally Clwb Cymric’s strengths have also been its weaknesses as players have traditionally moved away from Cardiff back to their roots in other parts of Wales with the result that the club has often suffered from a shortage of players and helpers.

In an attempt to rectify this situation last season, Clwb Cymric, who have strong links with Urdd Gobaith Cymru, inaugurated an under 18 side, Clwb Ieuenctid Cymric (CIC) and it is hoped that this venture will hopefully provide Clwb Cymric with future first team players and at the same time address the issue of the traditional lack of Cardiff born players in the Cymric squad.

Clwb Cymric has also represented Wales at the Europeada Tournament, a competition for clubs who represent minority languages in Europe in Switzerland in 2008 and Germany in 2013.