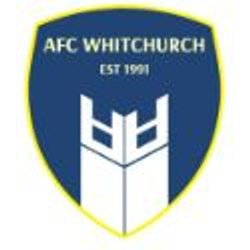 (A) Yellow Shirts with Navy Shorts and Navy Socks

AFC Whitchurch is one of the largest football clubs in Cardiff boasting around 26 boys and girls teams together with a youth and senior team.

The club has undergone some big changes in recent years with a new committee being formed to facilitate the growth of the club. Until a couple of years ago the Seniors were always a stand-alone team. Since then much closer links have been formed between them and the junior section although at present both sections still have their own badges.

Last season saw the formation of the club's first youth team which should prove to be a bridge between the Junior and Senior sections. This season should see the club go from strength to strength. Over 350 children are registered as players with the club and hopefully this number will increase in the years to come as the club strives to become the largest in Cardiff.

One claim to fame AFC Whitchurch do boast is that Wales and Real Madrid legend Gareth Bale briefly played for the club as a youngster and his parents still live close to the Senior pitch here at the Hospital.

The badges as you can see incorporate the tower in the hospital grounds and working in conjunction with Whitchurch & Heath Cricket Club and the Whitchurch Rugby and Sports Social Group the sporting community of Whitchurch can boast a whole host of sporting talent including Gareth Bale, Sam Warburton and Geraint Thomas - all of whom attended nearby Whitchurch High School.